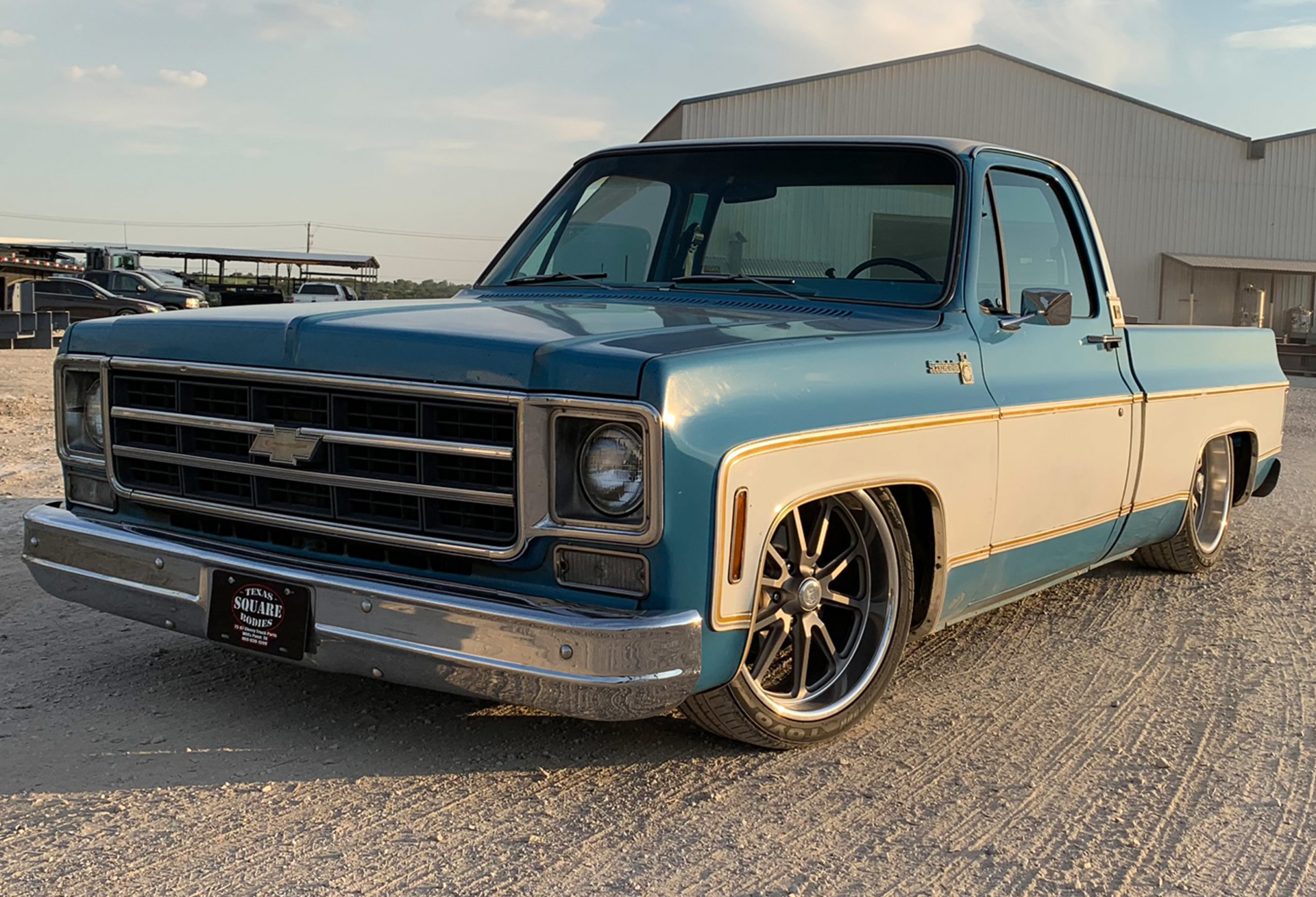 Have you ever heard of that saying, “like a Phoenix rising from the ashes?” We have – too many damn times. While it’s overused, it’s certainly come true on our newest Pro Touring Texas shop truck build, a 1977 Chevrolet Square Body truck we’ve dubbed “Blue Bills.”

We picked the truck much like you see it – already slammed and cruising down the road. On it’s maiden voyage to retrieve some tacos it caught fire. Luckily somebody came in and said “That blue truck is on fire!” and we came out running. The truck was saved, but the hood was bubbled and the firewall was toast along with most of the wiring under the dash.

After quickly ripping out the SBC in there, we knew what had to be done. In order to keep this truck up to Pro Touring Texas standards, we had to LS swap it. And just like that, this shop truck snow balled on us a bit.

What we did was smoothed out the firewall to give it an ultra sexy look and added a under dash Vintage Air unit. We ditched the stock brakes for a set of American Bad-Ass Baer brakes at all four corners and added some Ridetech to make the truck ride even nicer than before.

In order to make sure this truck would be up to par for tire-burning glory, the new engine is a 2018 LT1. But you know us – we can’t leave good enough alone. We hopped up this engine with a Texas Speed and Performance cam kit, VVT lock out, ARP studs, PRC ported heads, LT4 injectors and a Holley pan with accessories. Behind this powerhouse is a 10 speed automatic transmission complete with Circle D stall converter. The last step to tie it all together was a completely new Painless Performance wiring harness.

In just another week or two this ’77 Scottsdale will be tearing up the streets of Texas again! For more pictures of this build, check out the full gallery below! For more information hop on our main page at Pro Touring Texas!